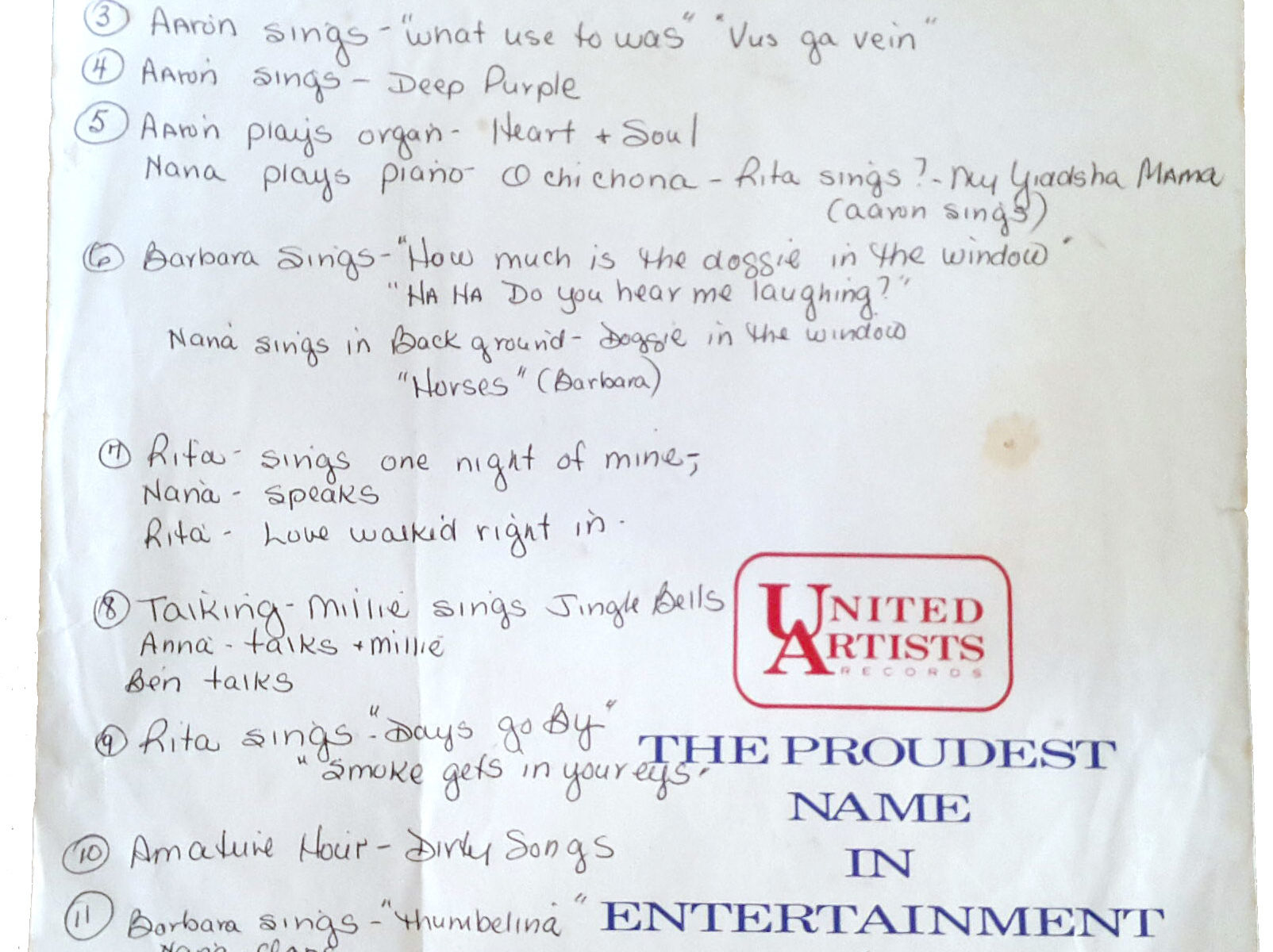 The Bermans made these recordings in the early 1950s (although the recording equipment makes the recordings sound older). During track 8, someone announces that the date is Sunday, January 2, placing the year of recording as either 1949 or 1955. At the beginning of track 9a, there is an announcement about Kathy Fiscus, a three-year-old child who died after falling into a well in 1949. END_OF_DOCUMENT_TOKEN_TO_BE_REPLACED