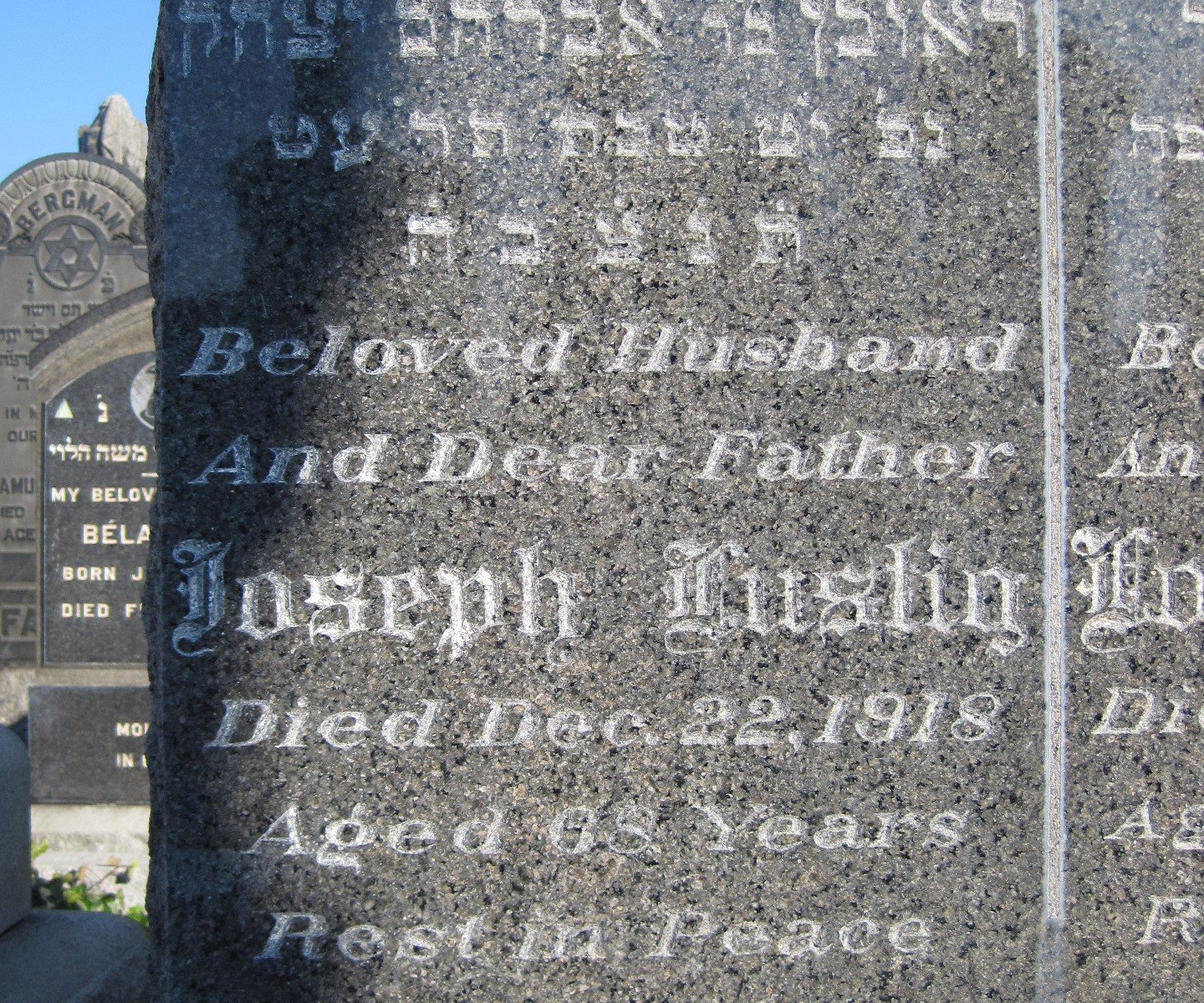 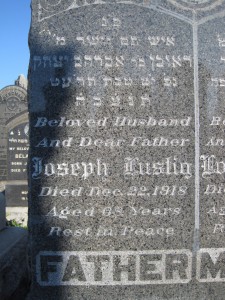 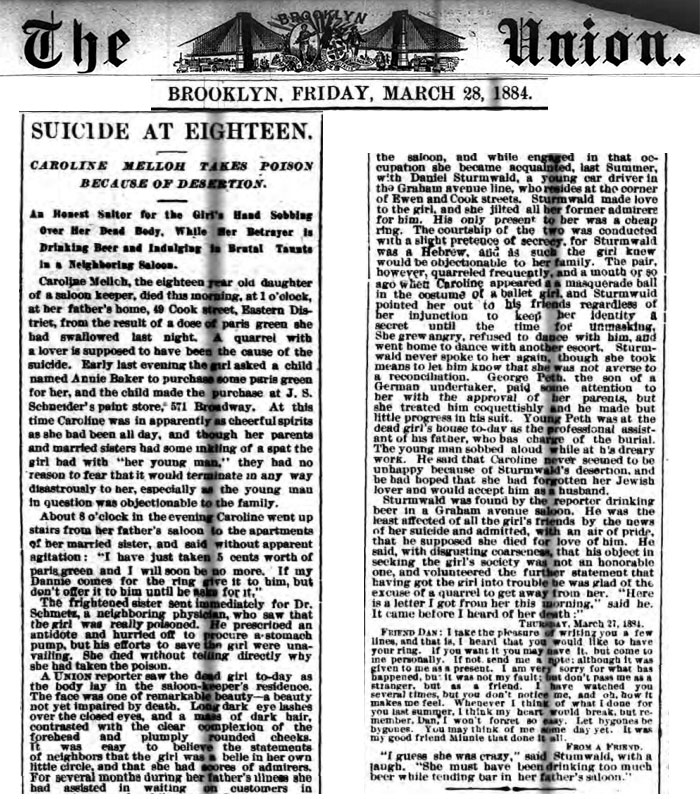 Not long ago, a distant potential cousin who has been researching his own family history contacted me. This has been my intent from the beginning. By having my family tree information on as many different genealogy and family tree websites as possible, as well as this website, I’m increasing the visibility of my family names with the hope that other researches may either gain some help from the research I’ve performed so far or will be able to help me break through some brick walls.

The Sturmwalds who traveled to the United States settled in Manhattan, and later Brooklyn and New Jersey. With many brothers and cousins, some owned or co-owned a family business making paper boxes, while others worked as tailors, bar tenders, and salespeople.

As a result of my new contact, I looked into the Sturmwald history much more closely. I discovered some new resources that have helped me shape the history of this family.

Fulton History has an index of OCR’d local newspapers in Brooklyn and all around New York State. Searching this site has presented me with many obituaries which were not printed in local newspapers rather than the New York Times. The obituaries contain valuable information about the lives and relatives of the deceased, and this has allowed me to piece together disparate pieces of the Sturmwald family. It helped me determine, for example, that my third great grandfather, David Sturmwald, was the brother of Benjamin Sturmwald, another immigrant from Bayern.

The obituaries also allowed me place two of Benjamin’s children, Benno and Bertha Sturmwald, both immigrants from Bayern.

The Brooklyn Public Library also offers a searchable index of The Brooklyn Daily Eagle, another newspaper, also archived on the Fulton History site, that contains not only news items but the social goings-on of the families living in Brooklyn.

A website dedicated to Jewish history in Germany has information about the Synagogue in Forth (Fort), the town in Bayern where Israel lived and whence his sons Daniel, Michael, and Benjamin traveled to the United States, shares a document that describes the Sturmwald family’s status within the community:

My five years studying German throughout middle school and high school couldn’t help much with the transation, nor could Google Translate, mostly because of the term Matrikelstelle, which has no English counterpart. It appears to be a position in the synagogue or the awarding of something akin to a degree, and this is a powerful social position. As far as I can tell from further research online, being or holding a Matrikelstelle was necessary in order to have financial success. The position was an asset, and one family would arrange a marriage into another in order to share in the benefits of having a Matrikelstelle in the family.

The years in the above passage appear to be years that this position was awarded to each individual, not birth years — but with no knowledge about how these positions were assigned, they could have been awarded at birth. I noted the appearance of the name Freitag in this list; Israel Lowe Sturmwald’s granddaughter Bertha married Karl Freitag, who I’ve identified as originating in Germany. He could be the descendant of someone mentioned in this passage, though I expect Freitag might have been a more common name than Sturmwald.

If the dates in the passage are in fact dates of awarding of some position as an adult, this Israel Joseph Sturmwald would need to be Israel Loeb Sturmwald’s father, and perhaps Joseph Israel Hirsch Sturmwald is his father in turn.

In another news report, the apartment where the Sturmwald family lived was on fire. The rescue team from the fire department had to move the family away from danger twice, and they had difficulty evacuating the elder Sturmwald from his bedroom due to his size. The reporters in the nineteenth century were not very subtle.

In yet another story, a young girl poisoned herself, leaving a suicide note pining for the apparent player Daniel Sturmwald, with whom she had some kind of one-night stand and was lost in unrequited love. In a time before reality television and soap operas, gossip in the newspapers played an important role for entertainment; yet, if true, this is a sad story. Again, the only evidence that this story pertains to the Daniel Sturmwald who is the son of my third great grandfather is the proximity of the story to the family’s confirmed address.

I am able to reproduce the story here as it appeared in The Brooklyn Union, a newspaper that ran from 1867 through 1870. To the best of my understanding, the contents of this paper are now public domain.

There are many unanswered questions about identities, but the biggest question in my mind pertains to my direct ancestors.

It’s clear my third great grandfather, David Sturmwald, married Rosa Newman. Another Rosa Newman married David’s cousin, Henry Sturmwald. This Henry’s father, Benjamin Sturmwald, also married a Newman (or Neumann), Celia (or Cecilia or Zillie). Eliza Sturmwald’s marriage certificate lists her mother’s name as Janetta Shyck (though I might not be reading the handwriting correctly). Meanwhile, Eliza Sturmwald Lustig’s death certificate gives her mother’s name as Charlotte Newman. There is a death record held by New York City for Charlotte Newman, but she died in 1857, about the same time Eliza was born. Perhaps Charlotte gave birth to Eliza, passed away, and David later married Rosa Newman. Without marriage records for David, all I can do is guess.

I plan to order Charlotte’s death certificate — perhaps that will offer a new clue, though I’m not counting on it.

Below this article is the full Israel Loew Sturmwald tree. The Raphael Sturmwald branch will remain separate until I can find some kind of evidence supporting how Raphael is related to Israel. I don’t think that all public records have been exhausted; there might be more in Bayern that could help, though they’re not available online. Uncovering personal documents like letters to and from family or New York corporation documents might lend some more clues.