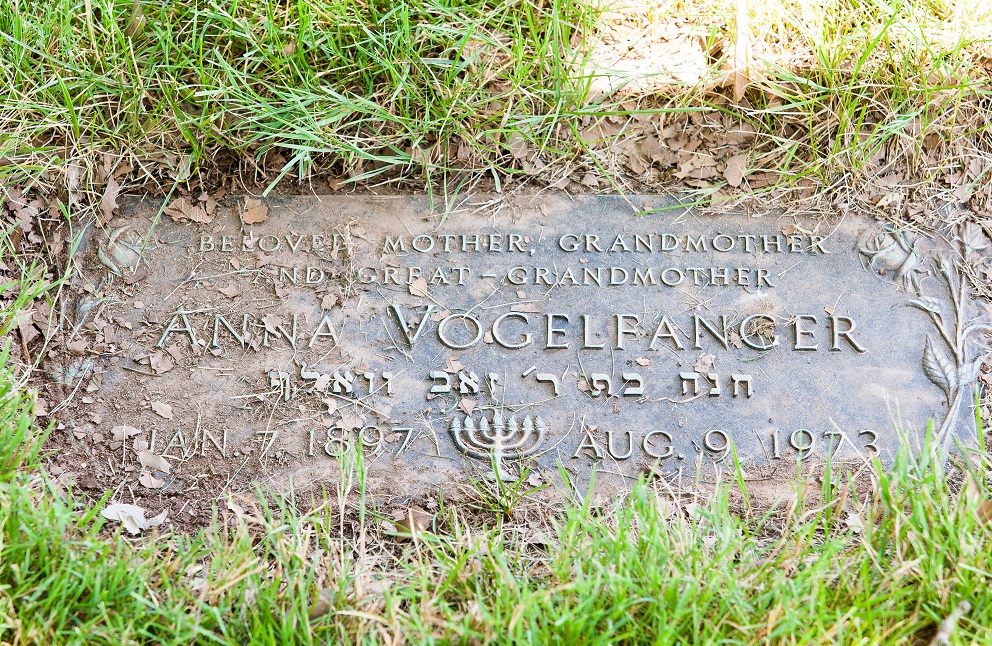 After a few years of occasional research — this isn’t by any means a full-time endeavor for me — I’ve finally solved a mystery. My mother’s paternal grandmother, Anna, was born in New York City, and so I thought that confirming details about her life would have been easier. With my mother and her cousin Barbara telling stories, I expected I’d be able to learn more about her. I did, but until recently, there was little I could confirm.

All that changed recently. First, I discovered that her father’s last name was Nachamin for their first few years in the United States, not Neckameyer. The family appears to have changed the name for the chance of better success in business, but that’s just an assumption at this point. This led to not only Anna’s birth certificate, but more vital records for Anna’s siblings, including a few I was not previously aware of because they died young. Because FamilySearch has indexed, though poorly, all names on New York City vital records, I’ve been able to find much more information.

Her parents’ names and her address confirm that this is my great grandmother Anna.

Anna’s granddaughter Barbara told me she was buried in Woodbridge, New Jersey, in the cemetery near Route 1 and the Garden State Parkway, so I figured that would be Beth Israel. I called, but I was missing crucial information: the name she would be buried under and her date of death. I had been told that her third and final husband’s name was Max Vogel and that she died in the 1970s, but no Anna Vogel could be found in the cemetery’s records. Neither could they find Anna Berman or Anna Rich.

Anna’s father’s name is printed on this certificate as Wolf Heckamegel, which I would have to guess is a misreading of a cursive Neckameyer. The definitive moment was seeing the name of the informant, Mr. Aaron Berman, my great uncle and Anna’s son.

Now armed with the final married name Vogelfanger, a name that always brings to my mind Mozart’s The Magic Flute, and confirmation that my guess at cemetery was correct, I called Beth Israel Cemetery again. The representative who answered the phone confirmed Anna’s interment. Yesterday, I took a few hours out of my day to visit the cemetery. It didn’t take long to find both Anna and her third husband Max.

In the next few days, I’ll have the chance to update the Berman family history. And I hope to be able to put together a timeline and more documentation for Anna’s descendants, as I’ve been asked to do.