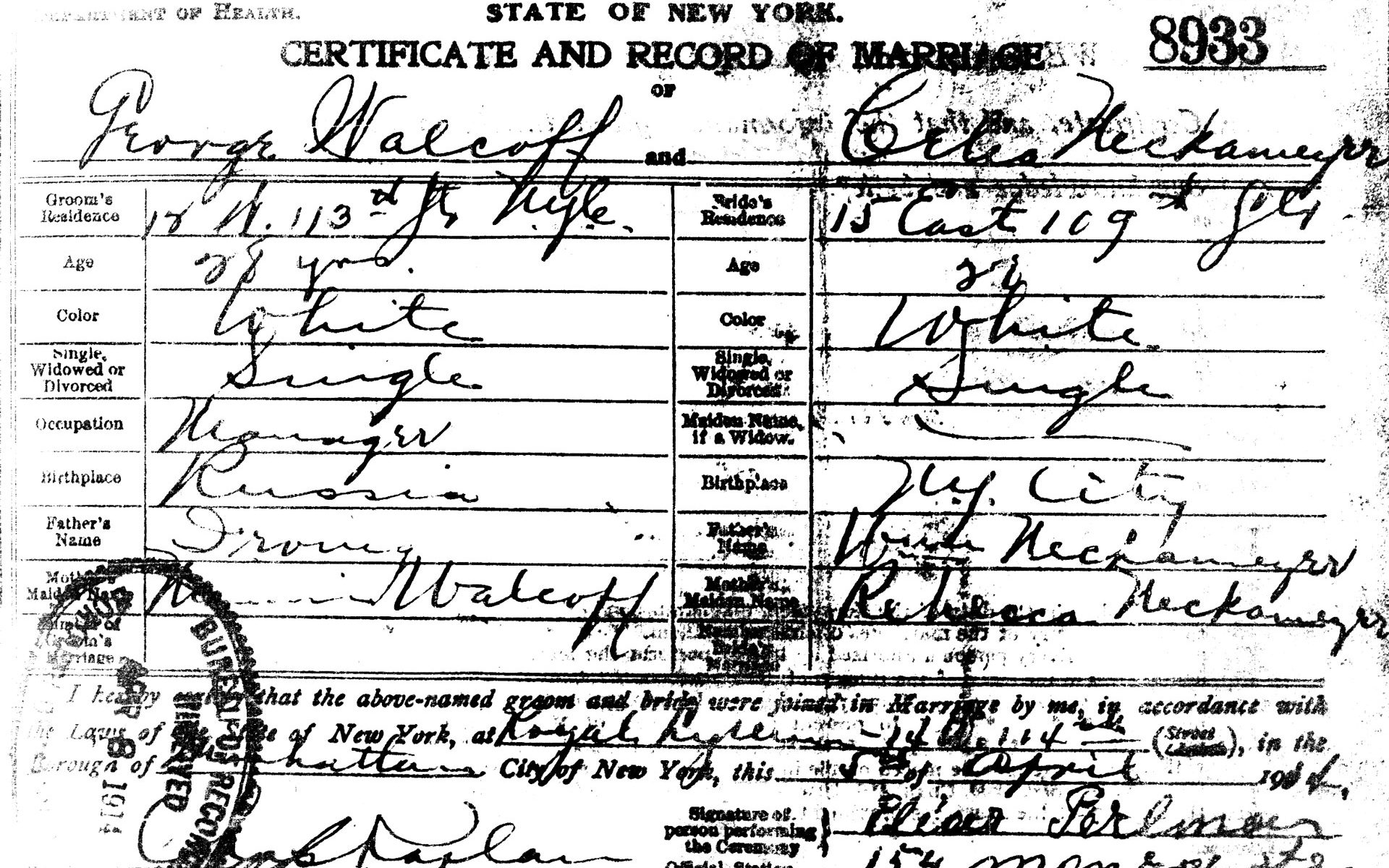 Two years ago, I didn’t know the name of my mother’s paternal grandmother. When I began asking my parents about their family, I learned about Anna N. None of my close relatives could remember her maiden name, however. It wasn’t too long ago that I discovered I had Anna’s name in front of me for quite some time. It was listed on Seymour Berman’s certificate of death, a copy of which I had obtained from my mother. Seymour Berman was Anna’s son. I knew Anna had a sister Lena, so I was able to find census records that likely pertained to the Neckameyers in my family.

I answered many of these questions about the Neckameyers recently. Through Anna’s own marriage certificate, I was able to piece together a history that confirms that Anna and Lena have other siblings. One of these siblings is Celia Neckameyer, and the information I found points to her marrying a man named George Walcoff who lived nearby. I ordered their marriage certificate to confirm.

The facts on the certificate seem to support the conclusion that Celia is the sister of my great grandmother, Anna Neckameyer.

The addition of George Walcoff into my family tree has opened up a new opportunity for cousins. George’s son Irwin would be my first cousin, twice removed. Irwin’s grandparents — Celia’s parents — are my second great grandparents.

While reviewing George’s information, I noticed I had indicated his birth location was Kovna, Russia — or Kaunas, Lithuania as it’s now known. A search of JewishGen’s Lithuania database did not provide any matching results for George or his father Isaac (or Irving). It’s possible the family’s surname was significantly different while they lived in Lithuania.