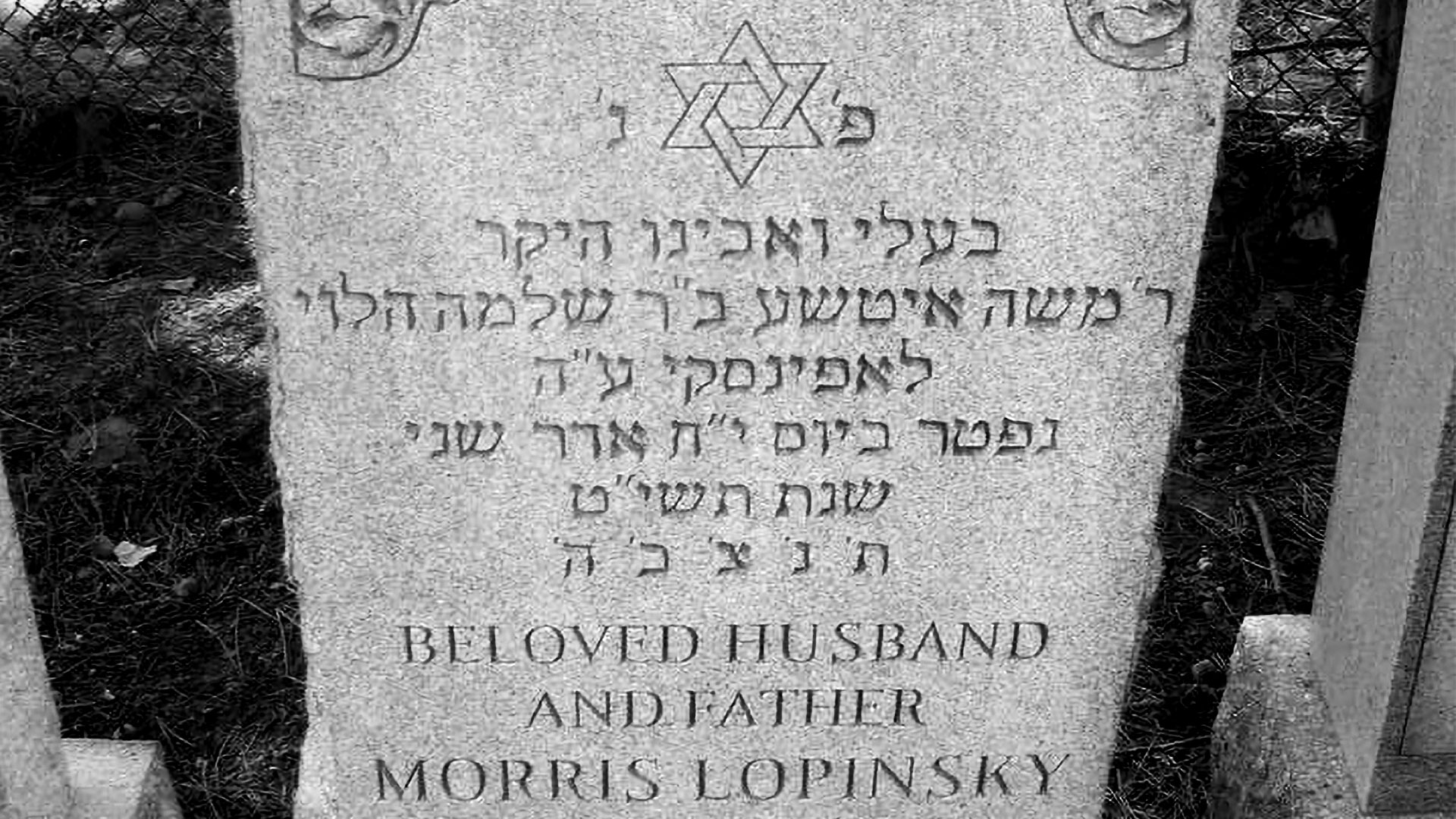 Jewish headstones in cemeteries can provide a large number of clues for researchers of family history and genealogy.

Over the years, trips to cemeteries in New York have helped me solve family puzzles, while they’ve also often presented more questions and inspirations for further research.

A little knowledge of Hebrew and Yiddish has made this research a little easier for me, as I need to go back only a few generations to reach ancestors who did not speak English.

But linguistic knowledge often isn’t enough to decipher the information on headstones.

There is a fair amount of symbolism that requires interpretation, including engraved designs as well as abbreviations.

I’ve assembled a nearly-complete guide to the symbols, abbreviations, and words found on Jewish headstones, as well as some information about numbers and codes.

Hebrew and Yiddish symbols and abbreviations you might encounter on Jewish headstones.

Abbreviations will have the caret mark or two hash marks between letters, usually before the last letter in an abbreviation.

In the bible, many prominent individuals were named after animals. The practice returned with Jews in Europe, where Yiddish words for animals were used alongside Hebrew.

With names referring to animals, there is a strong opportunity for artistic interpretation in engraving. Common symbols include more than animals, though.

Letters can be combined to form numbers. For example, י״ב would represent 12 because י is 10 and ב is 2. Years in the Jewish calendar are similarly represented by letters. The example below shows how that is calculated.

These are the months in the Jewish calendar. 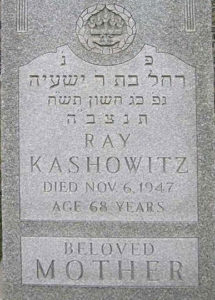 Here’s how you would “decode” a date and the rest of the information on a Jewish headstone.

Use this Hebrew calendar date converter to determine the corresponding date on the Gregorian calendar. The result is November 6, 1947, which you can see is also engraved on the headstone. (It works!) 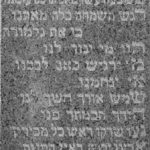 Acrostics are fairly common on Jewish headstones. Here’s an example from my own family. The first letter of each line (after “Here lies”) spells out the full name of my 2nd great grandmother, Rebecca Kashowitz Nachamin (Neckameyer): רבקה בת אברהם משה נאכאמין.

Although I’m still hoping for a translation, I understand the inscription is a poem.